The Pegasus II mission team is still day to day in search for appropriate weather conditions to accommodate opening a launch window.  It’s springtime and busy weather patterns are emerging making it more difficult to find conditions within flight and launch operating parameters.  Even searching for alternative launch sites that yielded better conditions for winds aloft, have shown ground winds exceeded our operating parameters.  The Pegasus II mission team must remain patient until the weather conditions give us an opportunity to make a launch window.

The Pegasus II mission team is prepared for another launch attempt,  but the weather is not cooperating.  The forecasts have shown high velocity upper atmosphere wind conditions with no wind shear for the last 3 days. This means the radial distance of the flight would exceed operating parameters.  Unfortunately, we are forced to wait for better weather conditions before we can set a launch window.  We are day-to-day at this point, stay tuned.

The Pegasus Mission Team will attempt a field test of the Pegasus II payload and communications systems this weekend (Mar 12-13).  Flight command will declare a flight ready status and open a new launch window to follow shortly, if the field tests are completed within operating parameters.

The APRS system has been removed that caused an air pressure sensor to malfunction and replaced with Iridium satellite communications as the tertiary backup location system.  The Iridium satellite communications are integrated with the Microsoft Cloud to store data and leverage a 3rd party service.  This will allow the flight crews access to all Iridium communications and receive an email every 5 minutes to determine location as a convenience to the busy crews.  This tertiary system becomes critical if the primary and secondary GPS systems onboard the Pegasus II experience a failure.

The Steve Campbell, one of our flight crew members for Pegasus II did mention to take some interesting photos at the Kankakee, IL launch site on Feb 23, 2016. 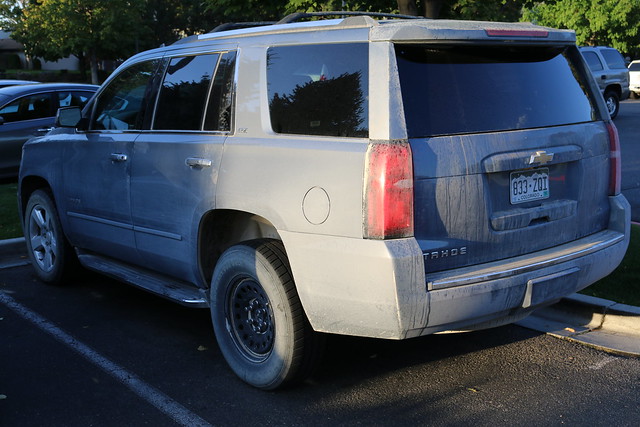 Pegasus II, unlike Pegasus I, is a very complex and dense payload, which weighed in at 4200 grams, or 9lbs 4oz, and is contained in the volume of 1 cubic foot. We run full integration tests the day before launch to ensure the entire system is in proper working order. Only then are we ready for transport to the launch site.

Once we get to the launch site and setup, another set of tests are run to ensure the entire system is normal. Only then is the team ready to move the ground station to its field position and craft onto the flight line for launch. This is where we were on Feb 23, 2016.

The team approached the flight line with the assembly train of Pegasus II, i.e., meteorological balloon (8.5 feet in diameter), emergency parachute, drogue parachute, and the craft. The team was in the process of removing any slack downwind of the balloon, and only seconds for launch. Then it happened…the craft autonomously performed 2 critical flight operations, DSR (Delivery System Release), and MPD (Main Parachute Deployment) and the mission was scrubbed. If you signed up for SMS flight notifications, you got these text messages from Pegasus II.

The team is investigating the cause, and preliminary indications show an abnormal air pressure sensor reading that may have caused Pegasus II to consider itself in a dangerous situation and it acted to save itself. Further analysis is required to determine the exact circumstances and reason for the craft’s execution of DSR and MPD.

These launches require an enormous effort by the team in preparation and execution to get a very sophisticated craft airborne and operationalized. We may be disappointed in yesterday’s scrub, but certainly not demoralized. The team will move as quickly as possible to identify and remediate the issue and return to launch Pegasus II and deliver this unique user experience from near space as soon as feasible.

Many thanks for everyone’s support, we are as committed as ever.

Live video has been having technical issues today, but will make one last effort tomorrow with the flight crew to remediate.  Regardless of whether live video is transmitted, we have an additional 4 cameras onboard recording the flight and we will make public post flight…after all this is IoT on the edge of space.

Feb 22, 2016 is the day before the launch of Pegasus II, and we have much to do.  The preflight list of final tests is rather long and by this afternoon the Pegasus II will be ready for transport to the launch site in Kankakee, IL.  Our friends at Alder Planetarium will be with us to assist in the launch and chase.  Many thanks to Michele, “Hammer”, for organizing the assistance.

Note:  The mobile apps have the best experience when connected to WiFi.

After the final tests is time to “button-up” and get a precise measurement of the weight.  We use this to compute the neck-lift and measure out weight the balloon should lift during the fill operation. Now it is time to get the giant Helium container and a few items and pack-up.

Weather can change and our launch date and/or time can shift depending on conditions.   The launch window is current Tues, Feb 23, 2016 at 11:00AM CST. Here are some tips for watching the flight and not missing the action.

You will be alerted when the launch takes place via a text message. I would strongly recommend signing up again if you did already sign up in February due to a technical issue.

(2) Mobile Apps have the best experience when connected via WiFi. A weak cellular signal can cause the connection to drop and be reconnected.  Search “Pegasus Mission” in your app store to install the mobile app.

(3) The live video is only available on the Web site https://www.pegasusmission.io

The Pegasus Mission was conceived over a year ago and at that time Mark Nichols and I never could have dreamed where we would be today.  We certainly thank you and are eternally grateful for allowing us to enter your life.  The nexus began nearly a decade ago and over the fullness of time we have created a combined vision to go forth to execute something not done before, perhaps not even conceived, and certainly never attempted.  The entire team has dedicated itself to this endeavor, knowing that nothing we may achieve is without risk, and there are no guarantees of success. That is the trademark of courage.   The possibility of even attempting what we and others are about to experience would never have been possible without the help and support of the entire mission team, the people that are on the flight line, and the people that are remote.    You should be immensely proud of your work, your contributions, and your achievements, because few get the opportunity to live out a dream, the freedom to explore and the desire and will to do it.  You will do just that.  At some point in the future, because of your sacrifices you may have inspired others to live out their dreams, and this will be your perpetual reward.  We are all part of something greater than ourselves, peers on a mission of something not thought possible, and forever entwined together in a grand and risky experiment to furthest reaches of our planet… a place where man cannot travel.  It is time to begin that last phase of the mission, the flight of Pegasus II.  Let us go make some High Altitude Science history together.

Our mission team of over 50 people has worked lengthy and tireless hours to bring Pegasus II to life, and has but one simple ask.

Please share this post on social media to help increase our viewership of this real-time and extraordinary mission to the edge of space.

The flight is an experiment in real-time High Altitude Science up to 100,000 feet and is intended to be participatory for the worldwide public, which we encourage and support. Users will be able to communicate in real-time with Pegasus II during flight via several features below: